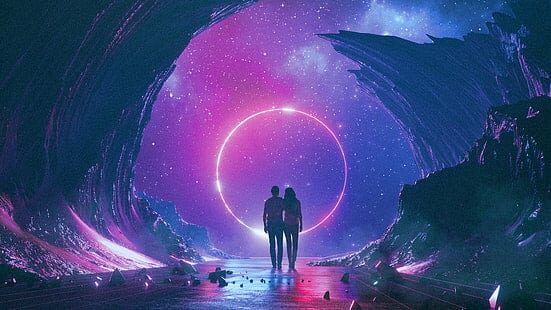 We’ve previously covered in-depth some of the research that has been conducted regarding the potential efficacy of magic mushrooms in the treatment of depression. You can read our article for a bit of the background, but the gist of it is this: psilocybin (the psychoactive component found in magic mushrooms) has repeatedly been shown to be helpful in treating depression, along with a host of other mental illnesses.

What has been lacking for some time, however, is comparative research looking into how well psilocybin therapy can work compared with more traditional methods of psychological treatment. However, a study recently published by The New England Journal of Medicine provided some preliminary insight into just that – we read the study, and prepared an article here to help summarize its goals and findings for you!

The purpose of this study more specifically was to compare the efficacy of psilocybin and escitalopram in the treatment of depression. Before diving into the comparison, let’s talk a little bit about escitalopram.

Escitalopram (frequently sold under the brand names of Cipralex and Lexapro,) is an SSRI (selective serotonin reuptake inhibitor) antidepressant. Many patients suffering from the symptoms of depression exhibit signs of serotonin imbalance. Serotonin is a very complex neurotransmitter that is naturally produced by the human body. We could write an entire series about this chemical, its role in the human body, and the research that has been done around it – but for now, the important thing to know is that serotonin is synthesized in the central nervous system, and some of its functions include the regulation of mood, appetite, and sleep as well as some cognitive functions such as memory and learning.

Sounds pretty helpful, right? So where does psilocybin fit into this, and what does it have to do with serotonin? Well, there’s a little journey to follow there as well. When magic mushrooms are ingested, psilocybin is metastasized into a sister chemical called psilocin. Once processed, the psilocin is believed to stimulate serotonin receptors in the brain – effectively mimicking the body’s naturally occurring serotonin. With the oversight of a trained medical professional, psilocybin has been used as a more natural alternative to manufactured drugs with the aim of balancing serotonin levels in the human body.

In another word, doctors have been experimenting with using shrooms instead of meds to help regulate levels of serotonin in depressive patients. It has been effective, but thus far there has been little research done to compare just how effective it is compared with pharmaceuticals.

Okay, so I think that’s enough of a background for us to go on. So, let’s talk about the study itself.

The Methods of the Study

The study was conducted as a double-blind, randomized, controlled trial involving patients with long-standing, moderate-to-severe major depressive order. Psilocybin was compared with escitalopram over a 6-week period; patients were assigned in 1:1 ratio, and received comparable doses of both drugs depending on the group they were assigned to. In the end, the patients were re-assessed on their depressive symptoms to compare the efficacy of both courses of treatment. The changes are measured via a Quick Inventory of Depressive Symptomatology-Self-Report (QIDS-SR-16) – and differences in their scores on those reports before and after treatment.

In laymen’s terms, people were scored on their levels of depression, randomly sorted into two groups, given one drug or the other without knowing which was which, and the results were studied at the end. At the end of the trial, their level of depression was tested again.

Results of the Study

Additionally, secondary endpoints were studied, evaluating the work, social functioning, anxiety, and general wellbeing of patients in both groups. Similar patterns favouring psilocybin were found in these trials as well.

Conclusions of the Study

Although it is tempting for any advocate of psychoactive medicine to point to the results of this trial as conclusive proof of the superiority of psilocybin to pharmaceuticals, the reality is that these results are far from conclusive.

Medical research is slow work – and it has, over the past couple of decades, been especially slow regarding psilocybin therapy owing to the illegal status of the drug in most first-world countries. However, that trend is shifting – and more and more money is being poured into psilocybin research every day, with research continuously coming back in support of this amazing drug.

At the end of the day, this was a small trial conducted over a short period with a small number of patients. Before any kind of definite conclusion can be reached, there is much more clinical research that needs to be done. George Goldsmith, CEO, and Co-founder of Compass Pathways, a psilocybin-focused research group working on discovering new therapies for the treatment of depression, had this to say:

“In a field of research where it is very difficult to separate treatments in head-to-head comparative efficacy trials, this study found signals favouring psilocybin therapy over escitalopram. This is an encouraging investigator-initiated study that supports the need for additional clinical investigations in larger, well-powered studies to more accurately determine the efficacy of psilocybin in treating major depressive disorder.”

The evidence of the incredible healing and restorative properties of psilocybin mushrooms continues to mount each day. However, this is a relatively new frontier of scientific research and something about which we are only beginning to scratch the surface.