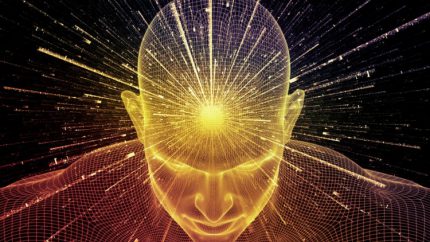 In this article we aim to paint a more realistic picture of the risks and benefits of magic mushrooms, and to show that the fears we might be carrying about their long term effects are likely unwarranted.

Varieties of magic mushrooms are found growing on every continent on earth (except, obviously, Antarctica), and there is evidence for their use by humans going back thousands of years, in places as widely separated as Mesoamerica, Australia, and ancient Greece.

None of this ancient world use of magic mushrooms automatically rules out the possibility of negative long term effects — it’s probably tricky to detect long term effects when hardly anybody’s living past age 50 — but at the very least the consistent use for thousands of years by cultures around the globe suggests that nobody noticed anything going wrong. It’s a starting point.

And it’s not all ancient history: shamans and healers in the Mesoamerican region use psychedelics in ritual ceremonies to this day, and don’t seem worried about it.

But us supposedly scientific minded folk, we like our studies. So what, if anything, do our studies say?

Let’s start with the short term.

By short term we mean the trip itself, or the same day. We have a pretty good idea about the obvious and easy to describe short term effects like euphoria, vivid colours and other visual effects, as well as the potential short term dangers (which are rare, usually related to anxiety or panic, and “successfully managed by providing interpersonal support”).

Less obvious positive short term effects might include a boost to creativity and empathy or even increased neuroplasticity through neuritogenesis.

Long term is harder to define. A recent (2020) study that showed psilocybin’s supposed “long term” positive effect on mood showed that lasting effect by following up a mere one month later! But while that’s interesting, we’re probably less concerned with what happens a month later. We want to know if magic mushrooms will do something to us that only shows up way down the road — perhaps along the lines of radiation damage from too much sun, or heart disease from lack of exercise.

The trouble is that magic mushrooms only entered the awareness of US culture in 1957, with the first documented recreational use of magic mushrooms in Vancouver in 1965. That, along with magic mushrooms being mostly illegal since the seventies, has put a limit on how much long term research there can be.

But there is some longer term research.

Anyone searching for studies showing negative long term effects from using magic mushrooms quickly runs into a problem: there aren’t any.

In his book “Drugs Without the Hot Air: Making Sense of Legal and Illegal Drugs” (2020), author David Nutt assesses psilocybin to be the least harmful drug, ten times less harmful than the worst drug (alcohol). In their paper, “Psychedelics and Mental Health: A Population Study”, authors Teri S. Krebs and Pål-Ørjan Johansen open with the following claims.

“The classical serotonergic psychedelics LSD, psilocybin, mescaline are not known to cause brain damage and are regarded as non-addictive. Clinical studies do not suggest that psychedelics cause long-term mental health problems. Psychedelics have been used in the Americas for thousands of years. Over 30 million people currently living in the US have used LSD, psilocybin, or mescaline.”

Yes, there are cases of negative effects to be found here and there, but it’s very difficult to find widespread long term negative effects that hold up to scrutiny. The biggest example, the one that comes up the most often, is the idea of “flashbacks”, or, “hallucinogen persisting perceptual disorder” (HPPD). Krebs and Johansen discuss this issue, and though they are here referencing LSD and peyote as well as psilocybin, it’s worth hearing what they have to say.

“In this study, lifetime use of psychedelics and past year use of LSD was not associated with past year symptoms of visual phenomena (‘‘seeing something others could not’’), panic attacks, psychosis, or overall serious psychological distress. Thus, our findings does not support either the idea of ‘‘flashbacks’’ described in extreme cases as recurrent psychotic episodes, hallucinations, or panic attacks, or the more recent ‘‘hallucinogen persisting perceptual disorder’’ (HPPD) described as persistent visual phenomena with accompanying anxiety and distress…. Overall, the validity of the HPPD diagnosis remains scant.”

Evidence of long term harm may yet be discovered, but at this point it’s almost impossible to find any.

There are, however, some interesting positive results.

Long-Term Benefits of Magic Mushroom Use

For example, a study that suggests that psilocybin can have an effect on the personality trait of openness, one of the “five broad domains of personality”, and that the effect of increased openness was stable a full year later.

There is a less robust but still interesting paper that suggests that psilocybin assisted therapy can have a positive effect on the mental health of cancer patients four years later.

Yes, the group that had used psychedelics at some point in their life in several cases had a lower rate of mental health problems.

There’s even a survey showing some success with using psilocybin to quit smoking, with the results lasting over two years.

Positive results are very easy to find — and more are coming all the time.

What are the Long Term Effects of Magic Mushrooms?

All that said, it’s difficult to give a truly conclusive answer about the long term effects of magic mushrooms. While there are positive studies, a long history of use all around the world, and no research showing evidence of long term harm, nobody has yet done the large scale, long term, high quality studies that would be needed to remove all doubt.

The government website offers that, “Currently, no studies have evaluated the long-term effects of repetitive use of magic mushrooms.” And that’s not completely unfair. Much of the work cited above regarding long term effects is using the best available data, but that data is sometimes old, or self reported and based on surveys. Solid as far as it goes, but not as conclusive as one might hope.

We expect that as the world reopens to the possibilities of magic mushrooms — see for example Oregon’s successful 2020 vote to legalize psilocybin — research will get easier, and we might begin to get the full and definitive picture of their long term effects.

In the meantime, we can say this: the best evidence available today suggests a range of possibilities. At worst there may be no detectable long term effects from magic mushrooms at all. And at best there may be positive ones.

The image from the very top of this post, which we will also leave directly below for convenience is taken from TripSafe – a website for education on psychedelics like shrooms and LSD. It shows that in comparison with virtually every other “drug” known to mankind, mushrooms are the safest and least addictive. We don’t know everything about the long term effects of psychedelic mushroom use, but there is one fact that seems abundantly clear and is supported by virtually all of the research into the subject:

Magic mushrooms remain the safest of all recreational drugs.